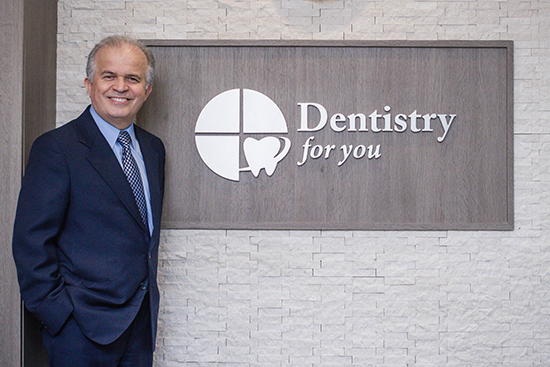 Dr. Hamzeh Aghaie graduated from dental school in Iran in 1980. After relocating to Canada, he passed the National Dental Examination Board exam and registered with the Royal College of Dental Surgeons of Ontario in 1999.

Over the past several years he has continued his studies and worked towards a variety of professional certifications. In 2006, he received his Proficiency Certificate in Esthetic Dentistry from the State University of New York in Buffalo. He received training in orthodontics in Toronto. Dr. Aghaie worked in London, Ontario with Dr. Kenneth Hebel and with the Ladera Ranch Institute in Toronto to obtain dental implant training. He has also graduated the implant training program with AAID Ti-MaxiCourse in Toronto. He is an affiliated fellow of the American Academy of Implant dentistry. He is pursuing to get his fellowship from the American Academy of Implant Dentistry.

He also received a Master’s degree in removable and fixed prosthodontics from King’s College in London (UK) in 2011.

When not working or studying, Dr. Aghaie enjoys reading and spending time with his family and friends.